It is with great sadness that we announce that Mike Whitney, a.k.a. Iron Mike, peacefully passed away at the age of 78 in his home on June 4th, 2022, surrounded by his family after a courageous battle against cancer.

Robert Michael Whitney was born in Winfield, KS, on April 6, 1944. The son of Robert Royal and Irene Maxine Whitney, he was also the beloved husband of Dana for nearly 58 years and the loving father of Michael Brandon Whitney and wife Nicole, and Lisa Allen and her husband, Robert Justin. He is also survived by the apples of his eye,his four grandchildren: Riley Ann Whitney, Kyle Allen Whitney, Justin Jay Allen, and Jada Lynn Allen as well as his sister, Susan Victoria-Heath, and her son, Robert Whitney and his wife, Elizabeth.

Mike’s strong work ethic, sense of responsibility to family, friends, and basketball teammates, his love of animals and everything cowboy blossomed and took hold from the time he was young. A star on his basketball team, an acolyte in the Episcopal church, a farmhand for his uncle, an assistant to a veterinarian, delivering calves, caregiver to the elderly, lawnmower to neighbors and family, worker at the local flour mill loading 140# bags into box cars, grocery clerk – all in all, he was a very busy young man.

Mike began dating Dana when he was 13, and after a year in a local junior college he followed her to Oklahoma State University in Stillwater, OK, where they both majored in Hotel and Restaurant Management while working at local restaurants. He married Dana prior to his junior year at OSU in August 1964.

In 1980, Mike and Dana opened PSI, the very first Landa dealership in the United States. Ever since, Mike and now Brandon, through PSI provided not only for their family members, but many employees and customers. Mike was instrumental in manufactures’ adopting many engineering improvements to their cleaning equipment, making the industry much more productive and beneficial to the customers. In 2015 he was awarded Landa’s Lifetime Achievement Award.
Mike was so passionate about his customers getting the best value for their investment.

In about 1990 Mike joined SASS, The Single Action Shooting Society,with close friends and enjoyed the comradery and competition of single action shooting for the rest of his life. Although never one to brag, he seldom missed his target. He was a straight shooter, on the range and throughout his life. He was truly in his element, enjoying the cowboy life of the 1800’s as much as one can in the 20th century.

Mike’s greatest pride and legacy are his children and grandchildren. He adored them and so thoroughly enjoyed their sport successes and school accomplishments and good family times together. Mike believed in working hard, then playing hard. He believed if you saw something that needed to be done, you should do it: don’t leave it for someone else to do. He believed in God and Jesus as his Savior. He taught Lisa the Lord’s Prayer kneeling beside her bed. He was a loving and strict parent and disciplinarian. He gave everything his all. He was an amazing husband, always responsible, honest, and dependable and loved his family and many pets.

The cowboys say: “A person is lucky to have one good horse and one good friend." Mike didn’t own his own horse, but he sure has a herd of good friends.

Mike will be unbelievably missed.

Mike’s Celebration of Life will be held at bellow location, followed by a luncheon. 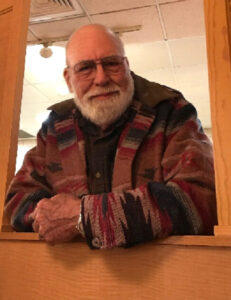 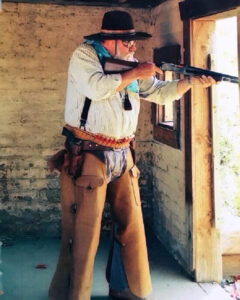 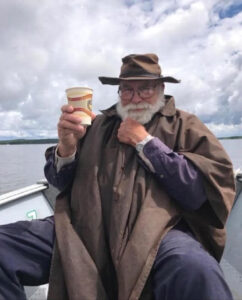